The Indie Music Fest came together in Henderson, Nevada, near Las Vegas at the high-tech outdoor facility called the Henderson Pavilion. 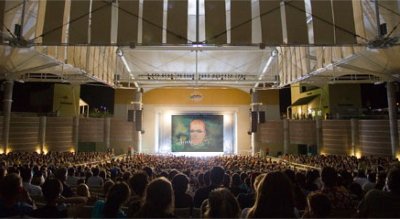 CHOPS was the virtual host and shared MC duties with “Luckee” Mike Langran, founder of “The Battle4NorthAmerica,” a Battle of the Bands competition now in its fourth year.

The Indie Music Fest was dedicated to independent musicians, and provided a wide range of resources, including exposure at the fest in front of attentive recording industry professionals.

Gary Jesch was working with the team as a member of the Indie Music Fest Board of Supervisors, contributing his marketing expertise and regular production of promotional videos which were posted on social networking sites like Facebook and ReverbNation, along with YouTube, Vimeo and others. 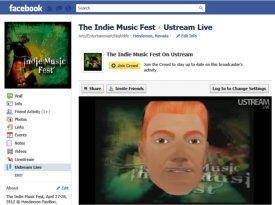 Gary also produced a weekly live program streamed to Facebook, with CHOPS as cyber-host and virtual MC. He aired video recordings by the artists chosen to appear in Henderson, and held some live interviews with artists, sponsors and organizers.

According to Stacey Aragon, social media manager and mastermind of the social promotion, CHOPS played a big role in bringing artists and fans together in the weeks before the event. By posting videos, the fans got a chance to know CHOPS and were ready for an exciting appearance when the Henderson stage opened.