Personnel left a two-day corporate training held by Sun Microsystems at the Resort at Squaw Creek near Lake Tahoe with permanent memories of CHOPS and the content provide by their trainers. 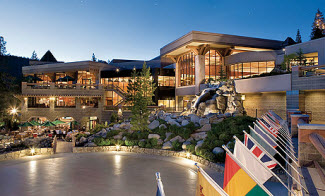 The event organizers were very aware that they had one good chance to transmit certain information which was the key to improvements in customer service. Their jobs were on the line, regarding the main objective of making sure that what was said at the training was retained later.

So they incorporated CHOPS’ appearances continuously during the sessions, asking him to serve as MC and to introduce presenters. He bantered with some of the main presenters and ran a game show using Game Show Presenter software, which was customized to test players about the content. The game show was held several times, with different contestants, to measure what was remembered, and to add an element of fun.

Contestants who made it into the finals at the end of the program took home some nice prizes in the process.

While it’s difficult to measure results like memorability and impressions, managers reported a high level of satisfaction with the CHOPS-hosted event and the fun everyone had.