Baby Dee and Baby Jay will brighten up anyone's day

After enjoying his 15 minutes of fame by appearing on a national primetime TV show 15 years ago, our Baby Dee is back again, dancing Gangnam Style. And now he has an ideal playmate – Baby Jay. You can read their fascinating story below. 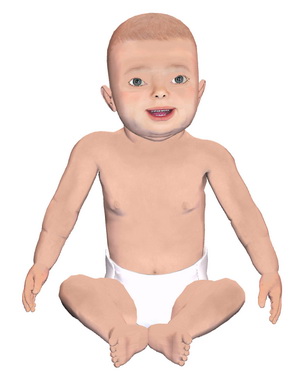 The Dancing Baby of Ally McBeal fame is back, and this time he can talk about it. He’s now a real-time animation created by Gary Jesch of CHOPS & Assoc. Live Animation, to perform and interact with people at corporate special events and tradeshows around the world. 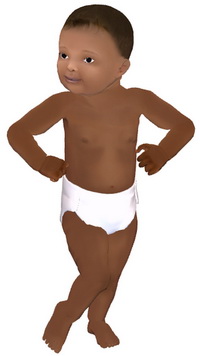 Our Dancing Baby characters use motion capture technology to bring the Gangnam Style dance alive in their performances. A Hollywood studio called Motion Analysis Productions and a dance instructor from Korea, Ire Park, contributed immensely to the excellent way the babies dance and move. Park owns a dance studio in LA called DanceJOA-LA and teaches a variety of K-Pop dances.

About 12 years ago, Jesch collaborated with the original designer, Chris Creek, now art director at DAZ Productions, and Knight, a commercial 3D artist who owns ImaginationWorks (www.iw43d.com) in Southern California, to bring the baby animation to life in 2001. The realistic 3D character was originally named “Baby G” by Jesch, who said he was inspired by his own baby pictures, when he received a request from a special client for a natural-looking baby.

The character was used in its first corporate product launch by Grupo Live’s Juan Pablo Neira in Cartagena, Colombia for the company, Familia Sancela, which makes paper products. The product launch was in September 2002, and included Baby G, plus four other Live Animation characters in the same show. (See our story about this show – “Virtual Family Unites for Colombian Product Launch.”) 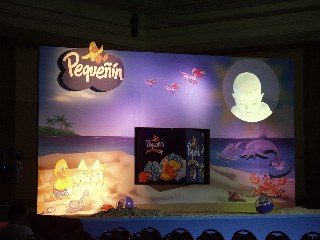 One of the challenges facing Jesch and Knight was reducing the overall resolution of Creeks’ mesh without disrupting the quality of his work. Creek had done improvements to the original character about four times since it was drawn, the most recent being to sell it as a Poser model on the DAZ website (www.daz3d.com) Knight worked on it by hand for about 40 hours to cut the number of 3D faces in half, after he and Jesch experimented with automated poly-reduction software. The programs weren’t able to discriminate when they eliminated faces, resulting in a very disorganized and rough-looking mesh, so Knight and Jesch decided to do it all by hand. 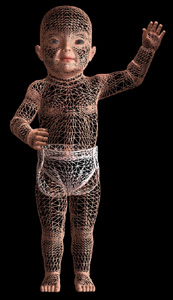 Another contributor to the Baby Dee project was Carol Imhoff, whose realistic texture maps were used to give the baby its final appearance. “Carol’s texture map and modifications to the eyes were the finishing touches to reach the quality we were looking for, once Tom finished the mesh,” Jesch explained. 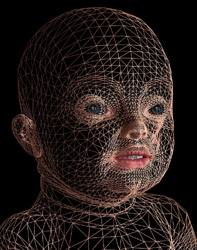 Jesch anticipates that Baby G will be an appropriate character for other companies who sell baby-related products. Imagine walking by a tradeshow booth with a pair of 18-month old toddler talking to people from a video screen, especially when they sound somewhat like adults, and have a sense of humor that is slightly different from what you’d expect an infant to say. Of course, that is just one approach to consider, as the actor behind Baby Dee is the key to the experience.

The character could also serve as Master of Ceremonies at New Year’s Eve functions and other venues in the special events industry. 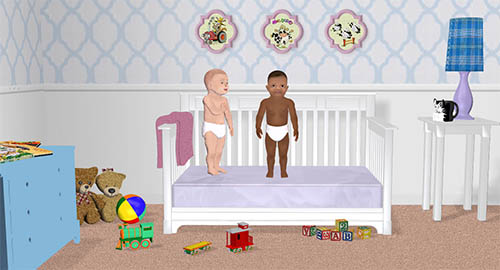 The Dancing Babies can appear together on the same screen and dance in sync with each other and the music, while in their bedroom, complete with 3D toys and alternate camera angles.