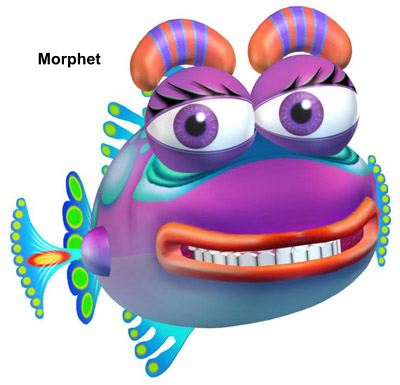 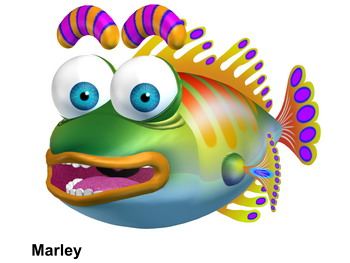 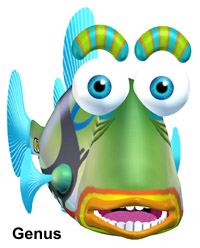 “My Fish People” is a creation of Gary Jesch, based on characters designed by illustrator Steve Gray and 3D animator Tom Knight. We started working on it in the Fall of 2007 and have created web episodes which are appearing on YouTube and other animation sites. 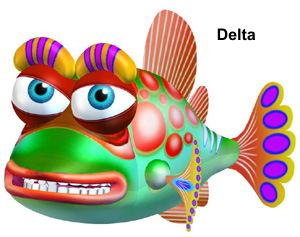 Where the people are like fish and the fish are like people – “My Fish People” is a story still yet to be written – so come back again and see just exactly where this creation by three unusual artists is headed. Will it be a TV show or a web video hit? Will Morphie, Genus, Delta and Stickler find an audience somewhere? Will they find their purpose and teach young people about the fascinating world under the surface of the ocean?

Future programs including our characters are being written and created for elementary school assemblies and in-classroom shows. Morphie and her friends can teach about many different subjects and teachers like that versatility. Some shows may be done live and some may be done remotely using live streaming technology.

Here’s the first episode we made with Morphie and Genus –

“Counting” – which features Morphie and her sidekick Delta, in a video background provided by “Brown Sugar,” an underwater videography company from the Philippines – 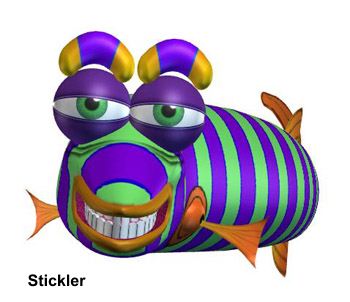 Using two laptops connected together via a single wire, Digital Puppeteers Gary Jesch and Dana Stamos ad-lib their way through a few takes in rehearsal mode, and preview those. The takes are recorded directly in Premiere on a computer set up for video recording and processing. The script – well – no script – instead, Gary and Dana just ham it up a little bit, testing animation moves as they go along.

Morphie as a “galfish” in the video, is the same 3D design, only with a different paint job, called a texture map, prepared by Steve Gray. Gray designed the style for Morphie, and then adapted it to create the other variations.

The My Fish People” story is an educational one, teaching young people about their responsibility to the oceans, the reefs, and helping them learn about a world they have yet to visit. With the support of underwater videographers, we’ll take our audience to incredible places under the sea where they can meet many of the diverse characters that populate both the fresh water and sea water worlds.