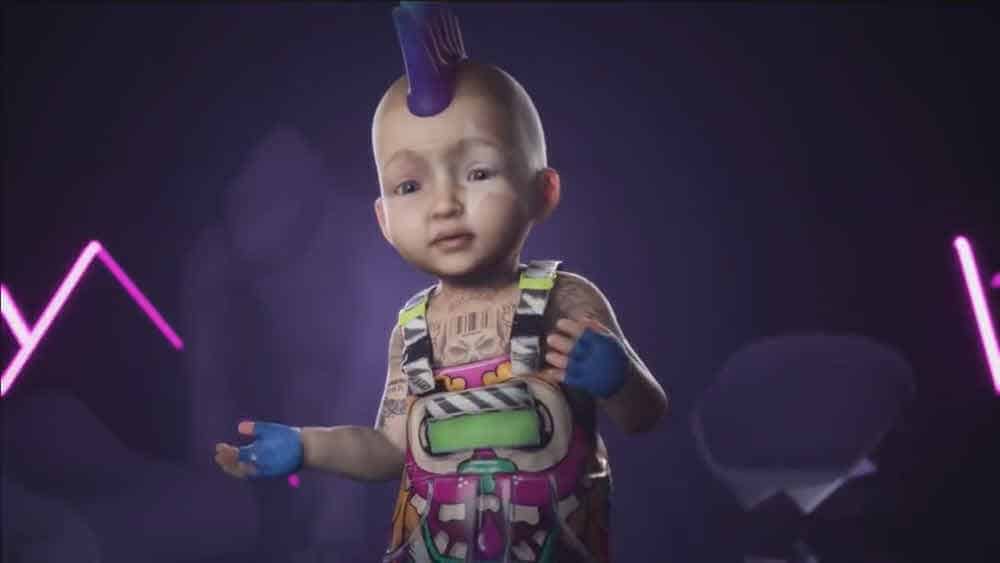 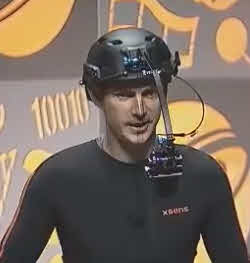 Strassburger is the creator of the VR satire party brawler, which premiered at the 2017 Tribeca Film Festival, “Bebylon Battle Royale,” (above). He won this year’s SIGGRAPH 2018 Best Real-Time Graphics and Interactivity Award for his impressive use of off-the-shelf technology to create a live, portable motion-capture (mocap) setup.

The use of digital characters in entertainment and marketing is evolving. No longer content with movie screens and video games, these virtual actors are now popping up on social media networks like YouTube and Instagram and even occasionally as holographic images at concerts.

ARTIFICIAL INTELLIGENCE IS NEXT BREAKTHROUGH

Virtual characters appear to be headed toward another technological breakthrough as well – enabling them to listen, hear and respond powered by artificial intelligence software. In a few years, we will be interacting on our smartphones with computer-generated avatars who look and sound like us, or someone we know. The next frontier will be writing software that implements compassion (hopefully), as well as empathy, and that read our own emotions from our facial expressions.

For now though, our best experiences with interactive avatars are those where professional performers and actors are connected and in control, like the character in the Wizard of Oz. “Pay no attention to the man behind the curtain,” the Wizard pleads.

For a few moments, audiences believe that it is all magical and they fall into the spell of the virtual actors. The virtual actors just want a little piece of their attention – the main objective of those providing the technology – in return for an amazing first-time experience of storytelling that encouraging responses to ancient archetypes, like playing with dolls or toy soldiers.

A FLOOD OF EMOTIONS

In a fast-paced world full of distractions, interacting with a computer-generated avatar controlled by a person in real time is likely to attract attention and cause an emotional response. In that brief, vulnerable state, audiences decide if they like how they feel in the avatar’s presence.

If the experience is good enough and relevant, the audience members will stick around to see what happens next, because it’s so new and unpredictable to them. Is the avatar’s head going to spin around with smoke coming out its ears, like one of their favorite cartoon characters? Is it creepy or comfortable to watch the facial expressions, lip sync and animated movements? Each individual has a personal answer, often based on their age and exposure to similar types of animation in the past.

Without the benefit of scientific studies, the next best source of facts comes from years of experience as a performer, hidden behind the curtain, while puppeteering dozens of different characters for all kinds of audiences in a wide variety of settings.

MORE THAN A GIMMICK

Perhaps people will understand that interactive avatars are more than a gimmick or a novelty. The truth is that the creators of virtual celebrity avatars are offering a look at our humanity from a perspective still unexplored. Performance animation is a rarely seen art form that combines many disciplines.

A performer of live animated characters can still see and hear the audience, so there’s an opportunity for stand-up comedy and improv. The audience sees the virtual character, perhaps on an amazing video display like a 3D video wall, floating like a hologram in thin air. The sound of its voice is all around, coming from different directions. It can be a virtual MC or host, a guide in a virtual world displayed with VR glasses. Sometimes it might be a sidekick, other times a leader.

A show using performance animation in production tells a significantly different story, one most people haven’t heard before. It has the captivating ability to communicate with profound expression and intense purpose. We can see, by contrast, our own humanity as we are affected more by technology and computer-generated digital experiences.

The point is, virtual characters can be whatever their creator wants them to be – they are the actors and the act itself. And in the end, they disappear completely when we shut down the computer or the smartphone, ready to go to work and make us laugh another day. If that’s what we want.