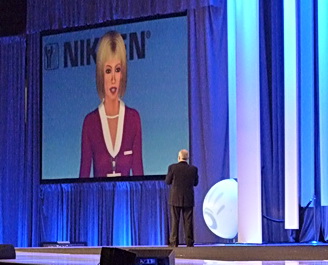 BREAK THE TRANCE AT MEETINGS

Corporate event producers who’ve used performance animation in their shows start out by realizing it takes something very special to break the trance that usually sets in at most general sessions and corporate meetings.

It’s not easy to find new and different ways of capturing and holding peoples’ attention without spending a small fortune. And often times, producers are forced to sacrifice their corporate messages as a cost for the thrills, in order to get into their audiences’ memories.

Live animation is a great alternative because the characters are unusual actors that can speak and interact with anyone, anytime, even during rehearsals and run-throughs. They look cool and people are very curious about how any animation could be so perfectly timed. 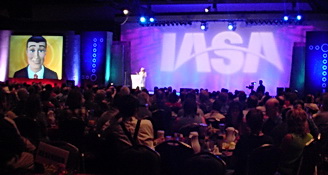 However, the quality of the characters and the technology are very important if they are to be included in the events of very large companies. That’s why dozens of the largest companies in the world have successfully used CHOPS characters on extra large screens in ballrooms, conference centers and auditoriums around the world.

From accurate lip sync and high-res video to perfect timing and personalities, CHOPS Live Animation brings it all, including many years of working with the technical crews backstage to deliver technical excellence as well as solid performances. 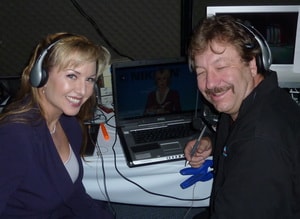 Gary Jesch has been praised for his knowledge and teamwork when it comes to this level of staging, working with some of the biggest production houses and agencies on multiple shows and getting called back for more, frequently. He becomes a trusted partner in the artistic and technical execution of each appearance –whether he is the voice of the character or he works with another professional actor or voice talent.

If your event calls for a “strange guy” to raise the difficult questions or just a little comic relief in an otherwise long and boring program, CHOPS has successfully taken the job many times in the past 18 years and always delivers a captivating show, each one better than the previous one. Gary’s main desire to meet and excel at each aspect of any type of special event project that comes his way, and he’s a good, experienced team player to have on hand in both the planning stage and at the event itself.